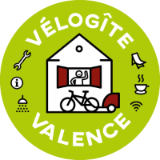 
A British adventurer has achieved a world first after becoming the first person to cycle to the South Pole from the edge of the continent in just 10 days.

Maria Leijerstam, from the Vale of Glamorgan, managed the feat this morning following a gruelling 500 mile ride in "vicious" conditions.

The 35-year-old set off from the Novo Russian air force base on December 16 and went head to head against two other riders - American Daniel Burton and Spaniard Juan Menendez Granados.

Her team said at one point the sweat on the inside of Ms Leijerstam's boots froze and for ten days she heated her freeze-dried food by melting snow on a small stove inside her wind blasted tent.

However, the former management consultant dug deep and pedalled her way into the record books while on a customised recumbent bike PolarCycle.

Maria Leijerstam, from the Vale of Glamorgan, managed the feat this morning following a gruelling 500 mile ride in "vicious" conditions "From the time she was 12 years old and announced she wanted to be an astronaut, Maria has always been an adventurer," she said. "We are thrilled she has made it in such good time."

Ms Leijerstam, who previously took part in the Marathon des Sables seven-day run across the Sahara, also had to entirely retrain her metabolism for the Antarctic challenge.

Before setting out on her journey the extreme cyclist said: "I've had to get my body prepared for burning fat and not carbohydrates, so I've been training for two to three hours on an empty stomach which teaches my body to become more efficient."

He was five weeks ahead of the tragic expedition party led by Briton Robert Falcon Scott.

Amundsen and his team returned safely to their base, and later learned that Scott and his four companions had died on their return journey.